If you are interested in receiving services from a preferred car detailing Mayfield service, then call Eyedeal Car Detailing, we offer mobile car detailing done right. Our services also offer car detailing in Newcastle. When it comes to providing you with the best quality of car detailing possible, you won’t find any other service better. We can assist with your interior and exterior cleaning needs. If you want to make a good impression on others then make sure you receive our VIP car detailing services in Mayfield.

If you are interested in receiving services from a preferred car detailing Mayfield service, then call Eyedeal Car Detailing, we offer mobile car detailing done right. Our services also offer car detailing in Newcastle. When it comes to providing you with the best quality of car detailing possible, you won’t find any other service better. We can assist with your interior and exterior cleaning needs. If you want to make a good impression on others then make sure you receive our VIP car detailing services in Mayfield.

About Eyedeal Car Detailing in Mayfield

Every job that we perform is performed with great attention to detail. You may not be able to take your vehicle to have it cleaned so we wanted to fill that need for someone to come to you to clean it. This is why we offer mobile auto detailing. It is a way for you to keep your vehicle clean and for us to service the needs of those motorists in Mayfield and Newcastle.

About Mayfield, New South Wales – areas we do car detailing

Mayfield is a north-western suburb of Newcastle, New South Wales, which takes its name from Ada May (born 1874) a daughter of the landowner there, John Scholey. Its boundaries are the Hunter River to the north, the Main Northern railway line to the south (Waratah station), the railway line to Newcastle Harbour to the east, and open ground to the west.

Much of Mayfield was originally named North Waratah, and formed part of the large Municipality of Waratah (incorporated 1871), of which John Scholey was three times Mayor. In 1938 an Act of the New South Wales Parliament created a “City of Greater Newcastle”, incorporating 11 municipalities into one local government area, including Waratah. Until it was subdivided by Scholey and the land put up for sale, it was largely semi-forested scrub and fields. However, St Andrew’s Church at North Waratah was opened as early as 1861 and fell within the Church of England Diocese of Newcastle, New South Wales. In 1924 a new church was dedicated at St.Andrews, Mayfield, to replace the aging colonial church.

Our Car Detailing Services in Mayfield 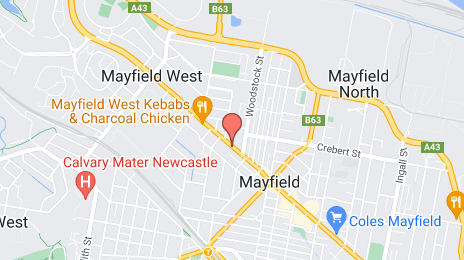